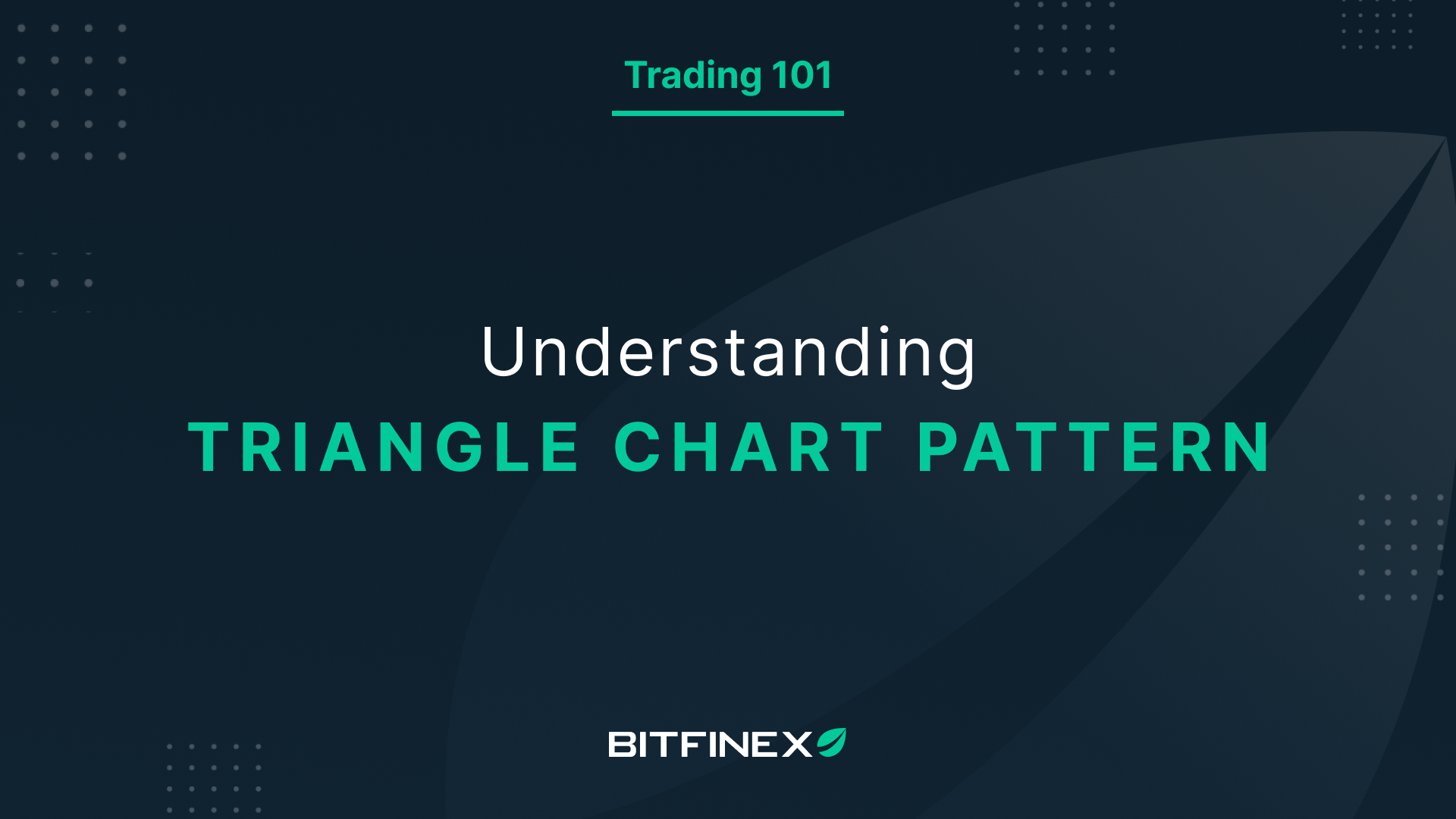 It’s not what you look at that matters; it’s what you see.

Henry David Thoreau may not have crypto trading in mind when he said that, but his words are relatable to the world of digital assets trading.

One of the main characteristics of a trading environment is the dynamic movement of the traded assets, which is typically represented by charts. As we learned in the previous content on the common types of charts used in crypto trading, trading charts contain invaluable information about the market. Hence, it’s crucial to know how to interpret them.

Two persons may be looking at the same chart, but only a trader knows what it means and what needs to be done.

On Bitfinex Trading 101 Chart Pattern series, we will cover various chart patterns, how to identify them, and what they may indicate. For a start, we will talk about the Triangle chart patterns.

A triangle chart pattern is established when an asset’s market price moves into a tighter range over time. It is formed by drawing two straight lines—one line connects the high prices, the other connects the low prices—that converge in the end.

Triangle is one of the most commonly used chart patterns, and it’s pretty popular among day traders. They’re crucial for some reasons, such as highlighting diminishing volatility that may indicate specific scenarios of a forthcoming price movement and providing trading opportunities along the way as it’s taking place.

Triangle chart patterns can signal either a trend continuation or reversal, depending on the breakout that follows. Hence, it’s critical for traders to pay attention to this before taking any actions.

There are three types of triangle patterns according to the shape:

A symmetrical triangle pattern is formed by a series of higher lows and lower highs. It is neither bullish nor bearish as it doesn’t show a particular direction in its movement.

An ascending triangle pattern is formed by a resistance line and a slope of higher lows. This pattern indicates the buying pressure is stronger than the selling pressure and is considered a bullish formation, in general.

A descending triangle pattern is formed by a series of lower highs and a support line. This pattern indicates the selling pressure is stronger than the buying pressure and is considered a bearish formation, in general.