What will happen after the Bitcoin halving? - Bitfinex blog
18418
post-template-default,single,single-post,postid-18418,single-format-standard,bridge-core-1.0.7,et_bloom,ajax_fade,page_not_loaded,,qode-title-hidden,qode_grid_1300,footer_responsive_adv,qode-content-sidebar-responsive,qode-child-theme-ver-1.0.0,qode-theme-ver-18.2.1,qode-theme-bridge,qode_header_in_grid,wpb-js-composer js-comp-ver-6.0.5,vc_responsive 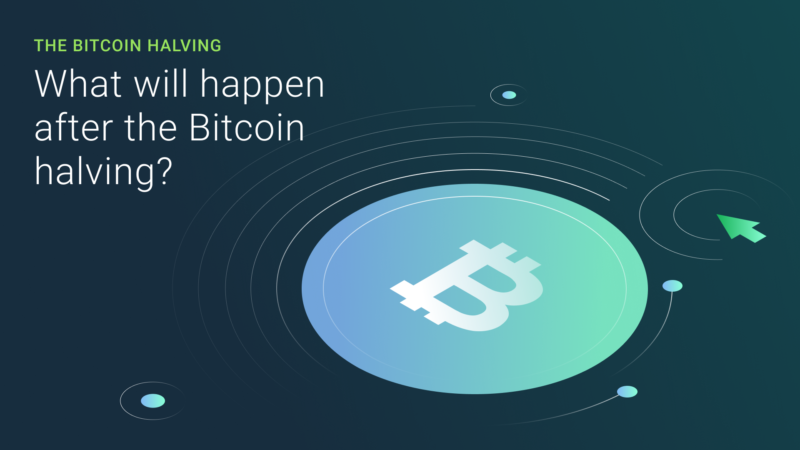 What will happen after the Bitcoin halving?

The 3rd Bitcoin halving is likely to happen tomorrow, and it’s been a hot topic amongst the crypto community on what will happen after. On crypto Twitter, there are numerous predictions made by various crypto personalities.

Although what will happen remains to be seen, it’s pretty interesting to read how these people perceive the Bitcoin halving 2020 and what they’re expecting to happen after.

We reached out to some crypto content creators and traders for their Bitcoin halving predictions, while keeping our eyes on Twitter for other interesting ones. Here’s what people had to say about the most anticipated Bitcoin event of 2020*.

The “Dad” of the Bitcoin Family is extremely bullish on what will happen after the Bitcoin halving 2020. “The deflationary aspect of  BTC has made it the best performing asset of the last decade and this 3rd halving will again decrease the supply of new bitcoins to the market which will increase the scarcity, make BTC more valuable and therefore be the start of the next 18 month during bull run to the moon!” said Taihuttu.

The crypto personality who has more than 115K followers on Twitter believes that Bitcoin will reach a new all-time high. Quoting, “It’s going to blast through $12k and when we finally wake up, new ATH.”

CryptoMurmur – “The “beginning” of an upward trajectory for Bitcoin.”

CryptoMurmur is definitely not murmuring when it comes to Bitcoin. The team is confident that the upcoming halving will lead to an upward Bitcoin’s performance. Elaborating their belief, “I think the upcoming halving will indeed result in the ‘beginning’ of an upward trajectory for the price of Bitcoin (and in turn, the rest of the market), and one which is more likely to happen at a faster and more sustained pace than previous halvings.”

Further, “I attribute this to a combination of the attractiveness of Bitcoin’s further deflation, the psychological buzz that this will have on the retail side of crypto, and also the ongoing uncertainty we are seeing within the global financial system.”

That said, they question if the upcoming halving will bring in enough traditional money into crypto. Stating that until they get into the crypto, we should expect bear markets in the future. Quoting, “However, the most important question for me, is will the upcoming halving bring in enough traditional money into crypto space? I have always maintained that the crypto market is pretty much a circular economy which is dictated by a number of whales who very much are the pied pipers of the industry; however, this simply isn’t sustainable without big money seeing Bitcoin as a long term and viable investment choice. So as has always been the case, until traditional big money gets into the mix, expect future bear markets.”

Mr Backwards opened his prediction to us by saying that he will not be speaking from past experience as he bought his first Bitcoin early 2017; thus, he “missed the 2nd halving that occurred in 2016”.

“Because of this, I can’t speak out of experience, but what I do remember was the widespread confusion and doubt when Bitcoin forked into BCH. This was a highly significant event fueled by the (hidden) lack of trust people had in Bitcoin coming out on top,” he said.

The crypto personality that goes with the Twitter handle @Coin_Shark further explained, “As of now, Bitcoin is stronger than ever before. It recovered from a deep crash, and the adoption among financial institutions is growing by the day. The halving might bring some nasty volatility, but on a macro scale, you can only label this event as “bullish”.”

“I’m pretty sure Nakamoto did not hardcode this into Bitcoin in order to make it weaker,” he closed his statement.

Jason Williams – “Buy the rumor, sell the news is on for Bitcoin halving.”

The co-founder of Morgan Creek Digital told his 32K Twitter followers to “watch out for the sell news”.

Quoting his tweet, “The “buy the rumor sell the news” is on for the #bitcoin halving. Remember, history doesn’t always repeat itself, but it often rhymes. So, watch out for sell the news. Historically when #BTC runs up it pulls back (sometimes 30% + or -). If we see that we have #BTC @ 7k.”

The Canadian-based crypto influencer tweeted, “In five days… “Told you the halving was a non event for the price. #bitcoin only increased $100 from $25,500 to $25,600.” 😐.” Further, he can be seen replying to one of the responses saying, “$BTC dominance index rising. Strong bullish sign. Less and less likely we’ll dump.”

Willy Woo – “Miners will cease to be the biggest sellers of Bitcoin.”

Crypto futures trader, Willy Woo, posted about the upcoming Bitcoin halving. He opened by saying, “Post this 2020 halvening miners will cease to be the biggest sellers of Bitcoin. It’ll be the dawn of the crypto exchange as the leading seller. The biggest sell pressure on Bitcoin will soon be from exchanges selling their BTC fees collected into fiat.”

He also predicted that price would move more sideways, which creates a more strategic environment for large leverage traders. Quoting his statement, “While price moves more sideways, this creates an environment where large leverage traders have an easier time strategically liquidating the bulk of traders from their positions. Like the cascading 4k->14k short squeeze of 2019. Equals more volatility.”

Crypto Michaël – “Probably summer will be fun for altcoins.”

Crypto Michael is bullish for the halving, but unlike the others, he is more bullish towards the altcoins. “Once halving hype is over, the money should start to flood towards the altcoins. They can start catching up, where the king already left the station. Remember January ’18?” he tweeted.

The Netherlands-based crypto trader continued by saying, “Probably summer will be fun for altcoins. Last quarter retrace. Next party Q1 2021. The bullrun.”

MagicPoopCannon – “Don’t get too confident until the time is right.”

MagicPoopCannon warned his 31.1K followers on Twitter not to get too confident just yet as the recent rally could be a “buy the rumor sell the news” event.

“With three days and change left until the BTC halving, I can’t help but wonder if the recent rally is a “buy the rumor sell the news” event. We’ll see if there’s a bullish continuation or a selloff after the halving,” he tweeted.

Further, he said, “Don’t forget that BTC still hasn’t surpassed the previous February high. So, until that happens, and a higher low is formed, BTC is still in a technical downtrend. Additionally, it’s overbought, while challenging huge resistance. Don’t get too confident until the time is right.”

Paolo Ardoino – “It’s hard to predict what will happen in the short term after the halving.“

“I believe Bitcoin halving is one of the most meaningful and beautiful events in the crypto industry. It has happened every 4 years since 2008 and it will keep happening until Bitcoin will reach 21 million total supply. Halving is also the perfect reminder of the immutability of the protocol,” said Paolo Ardoino when asked about the Bitcoin halving 2020.

Further, the Bitfinex’s CTO said, “In medium/long term Bitcoin, in my opinion, will start to become less and less correlated to stock and commodities markets, proving to be a great hedge against government’s monetary policies.”

Which predictions will come true? Only time will tell. Regardless of the bearish or bullish outlook post the Bitcoin halving, Bitfinex remains committed to providing the best trading experience for everyone. Sign up for a Bitfinex account if you haven’t already.

*Bitfinex does not endorse any predictions and opinions.