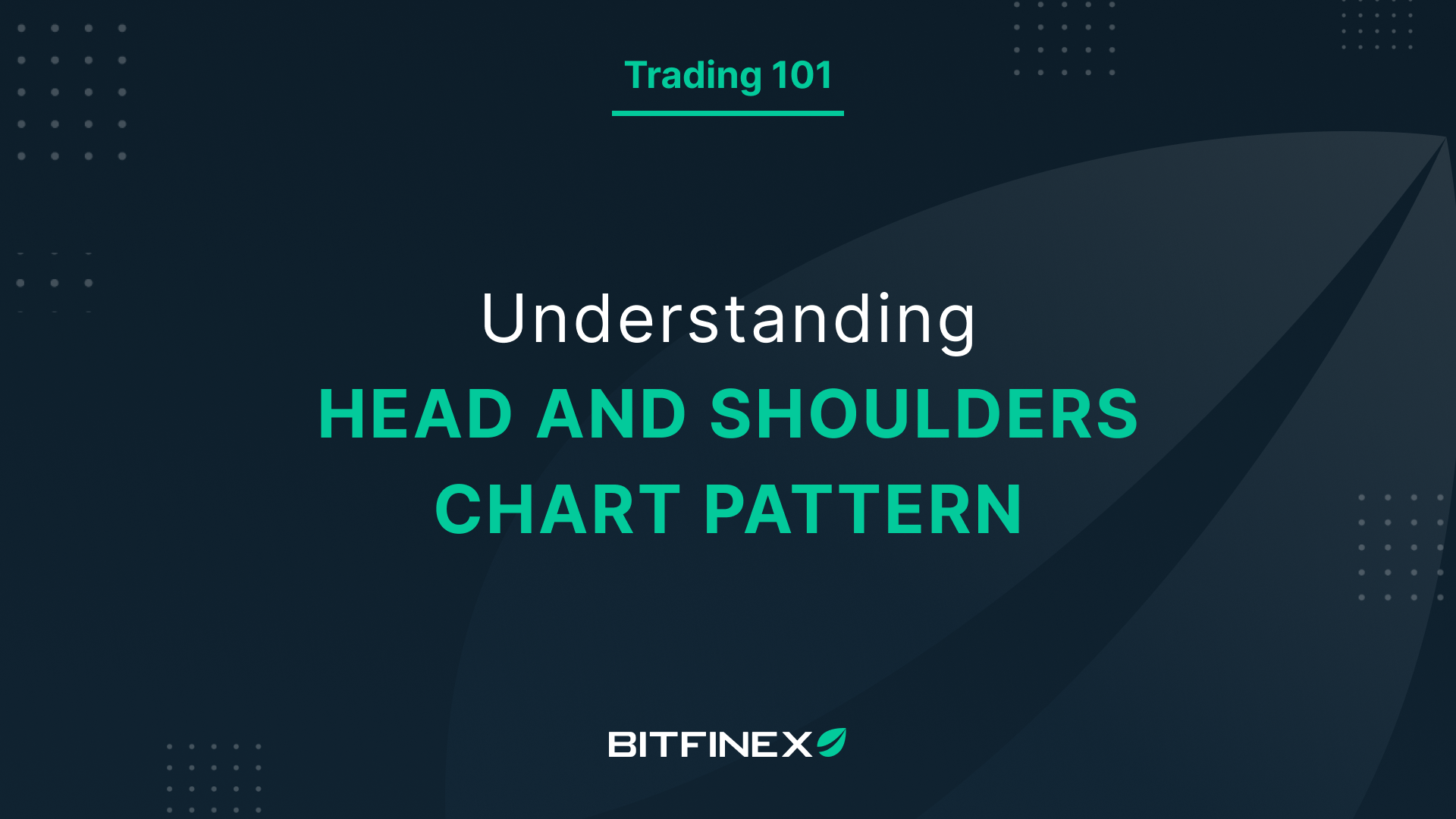 The terms head and shoulders may have different meanings to different people. For traders, it could mean something significant is coming that they may need to adjust their strategy.

The head and shoulders pattern is often considered one of the most reliable and steadfast trend reversal patterns. Some traders see it as an alert of potential danger, while others use it to catch the trend reversal near the turning point. Hence, it’s crucial to spot and correctly identify the pattern when it occurs.

You can read about other trend reversal patterns, such as the Wedge pattern and the Triangle pattern, on the previous Bitfinex Trading 101 blog series.

There are two shoulders involved in the pattern. The first or the left shoulder is formed by an upward price movement followed by a pullback.

The price rallies again to a price higher than the previous, creating a higher peak than the left shoulder before going downward again. This movement of price creates the head of the pattern.

The following movement forms the second or the right shoulder when the price rallies again but fails to reach the previous high before seeing a decline.

Last but not least, the neckline is established by drawing a line connecting the troughs formed just before and after the head.

The above movements form three peaks on a chart, with the highest in between the lower ones and a support line.

On a side note, it’s essential to keep in mind that the head, the shoulders, and the neckline are rarely shaped perfectly or symmetrical. It’s prevalent to have minor price fluctuations between the shoulders and the head and a skewed neckline.

Another crucial remark is the head and shoulders formation ONLY completes when the price breaks through and closes below the neckline. Therefore, traders should pay close attention to this before taking any actions.

The traditional head and shoulders chart pattern signals traders to enter a bearish position after a bullish trend as a trend reversal pattern.

On the other hand, the inverse head and shoulders pattern indicates a trend change from a downtrend to an uptrend, which signals a market reversal from bearish to bullish.

Becoming a good trader is a long journey and takes lots of effort. Learning basic trading knowledge is one of the first steps any aspiring traders need to take. Stay tuned on Bitfinex Trading 101 series for more trading insight. You can sign up to Bitfinex Newsletter so you won’t miss out or follow Bitfinex YouTube channel for insightful content in video format.