The Bitcoin halving 2020, did it live up to the hype? - Bitfinex blog
18431
post-template-default,single,single-post,postid-18431,single-format-standard,bridge-core-1.0.7,et_bloom,ajax_fade,page_not_loaded,,qode-title-hidden,qode_grid_1300,footer_responsive_adv,qode-content-sidebar-responsive,qode-child-theme-ver-1.0.0,qode-theme-ver-18.2.1,qode-theme-bridge,qode_header_in_grid,wpb-js-composer js-comp-ver-6.0.5,vc_responsive 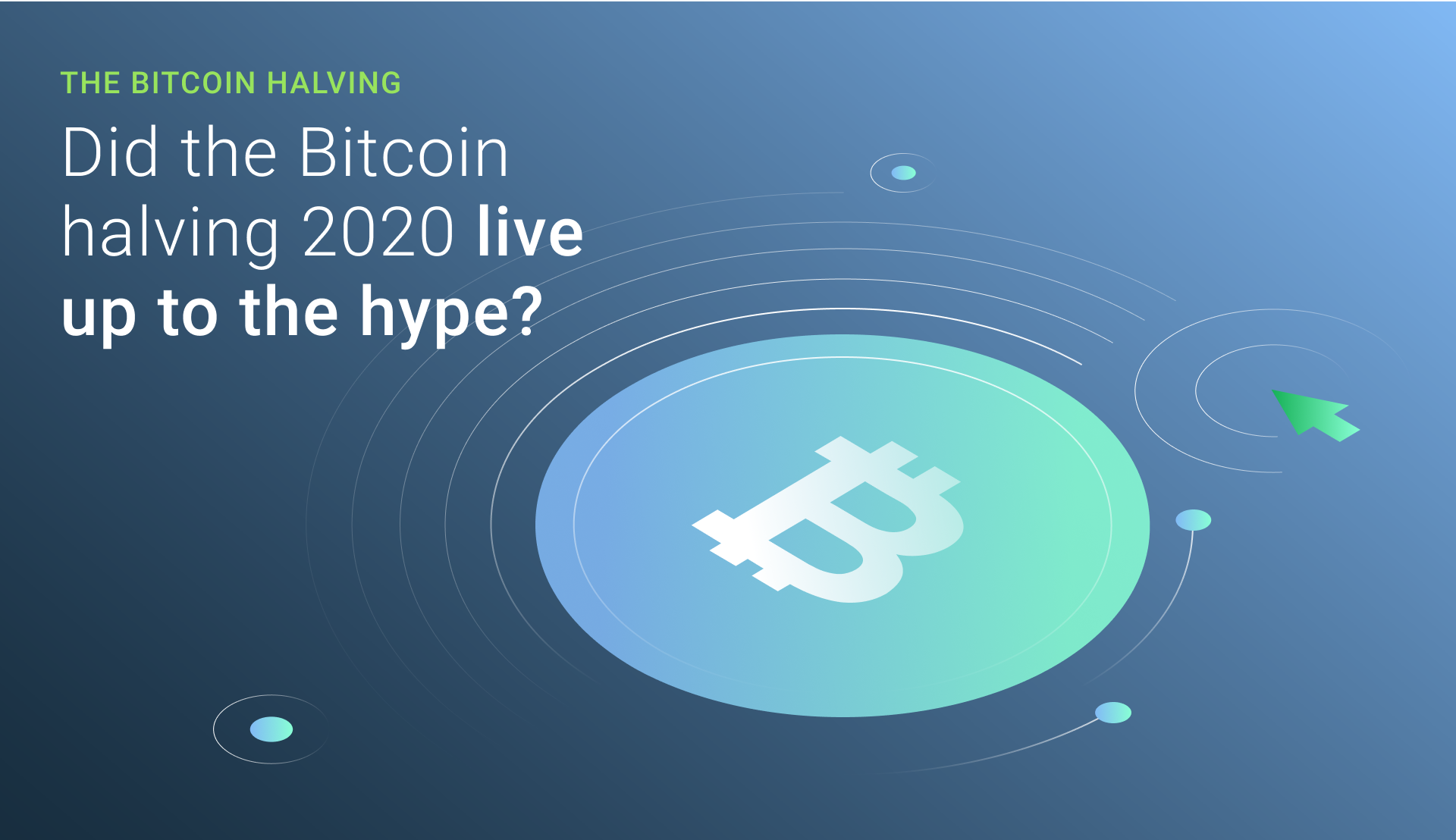 As one of the most anticipated and talked about events in the crypto space, many renowned crypto figures have been sharing their thoughts and predictions. If you missed out, you could check out some of the predictions in our latest content.

So, what has happened after the halving? Has it been living up to the hype? Has there been a dramatic rebound happening? Are there any predictions that have become reality so far?

The “celebrations” when the Bitcoin halving countdown ended were pretty “festive”. With 11.9K tweets, #BitcoinHalving2020 was trending in the top 10 on Twitter, while the crypto-Twitter community, including Bitfinex, can be seen celebrating as if it were the New Year’s Eve.

Meanwhile, some crypto media and personalities also had live Bitcoin halving countdown “parties”. The event was also widely covered by various mainstream media, such as BBC, Reuters, CNN, and Forbes.

Apart from the festivities, within mere 3 hours after the halving; Bitcoin saw short-lived volatilities that brought the price down to $9,100 and $8,200. Many crypto analysts said that more volatilities are still expected in the coming months.

As for post halving transaction fees, whether it would increase as predicted by many remains to be seen. After reaching $5.160 on 14th May, which is the highest so far within the last six months, Bitcoin’s average transaction fee can be seen dropping. As of writing time, the average fee is at $4.092.

Meanwhile, Bitcoin hashrate shows a declining trend, which is as predicted, after hitting its ATH – 137.5713 EH/s – some time during the halving day. It is at 85.8065 EH/s as per writing time. One of the possible reasons is since Bitcoin price hasn’t seen an upsurge yet, some miners may decide to shut off their mining devices.

As hedge fund manager Matt D’Souza tweeted, “IF Bitcoin stays here or trends lower, this is the beginning of shutoffs. These shutoffs will provide some much-needed short-term margin relief for surviving miners after the 50% haircut in revenue. If Bitcoin rallies, the shutoffs won’t have to occur.”

He continued by saying, “Most important factor: 2016 as a precedent: rallied 80% going into halving – corrected 30% but bottomed and continued to rally within 3 weeks. We didn’t get a rally this time & we corrected 20%. I expect we start to rally again within 2-3 weeks which relieves pressure on miners.”

Meanwhile, Morgan Creek Digital co-founder, Jason Williams is feeling bullish as he tweeted, “#Bitcoin looks so solid post halving. Looks like we go up from here folks. Can’t see what is gonna get in this animal’s way.” Followed by, “I have been buying here. Definitely feel there is little chance of a dip to 6800.”

When asked about his post-halving opinion, PlanB also has a bullish outlook on Bitcoin. Sharing his predictions with us, the crypto personality with 101.5K followers on Twitter said, “Short term prediction is difficult, I will keep it to my longer-term 2021-2024 range of 55-288k.”

In the past, Bitcoin halving events were always followed by extreme volatilities. That said, a positive trend in Bitcoin price that eventually led to a bull run was also correlated with the halving events. In 2012 when the first halving happened, it took about 12 months for Bitcoin to make a historical gain of nearly 8,000% that brought the price from $12 to around $1,000. The second time it happened in 2016, it took a little longer – 17 months – for Bitcoin to go from $650 to its ATH, $20,000.

Now that the block reward has been reduced to 6.25 BTC, Bitcoin’s creation speed is slowing down, which means there will be a lower overall supply of Bitcoin. Some experts believe that given the current global situation with the ongoing pandemic as well as the worldwide economic recession, many people are looking for a financial safe haven, which is said to bring an influx of interest in Bitcoin.

Where do you think we will go from here?

Moments after Bitcoin halving might make some people feel uneasy as there are so many different analysis and predictions circulating in the space. However, as the great strategist, Sun Tzu said, “In the midst of chaos, there is also opportunity.”

Whenever the time is right for you to seize the opportunity, Bitfinex is here, and we’re ready to serve you and give you the ultimate trading experience.